I left Luxor Thursday night. The Palace Nile hotel was very good value – only NZ$40 a night for a very good hotel room. Both Turkey and Egypt have cheap hotels. Interestingly though the food is not that cheap – for example the dinner would cost more than the accommodation.

I took the sleeper train to Cairo, and then a day train the remainign two hours to Alexandria.

At Luxor train stations I spent several minutes telling various touts no I did not need their assistance. But then as I get to the train track, a Police Officer politely asks what train I am on. I tell him, and he (so I thought) kindly took me down to the right carriage. Just as I am thinking how nice that was, he tells me that I can “reward” him if I am grateful.

I couldn’t believe it – even the effing Police want a tip. And yes of course I gave him one – you don’t generally say no to armed police. I’m not sure if this constitutes my first act of bribery of a public official! 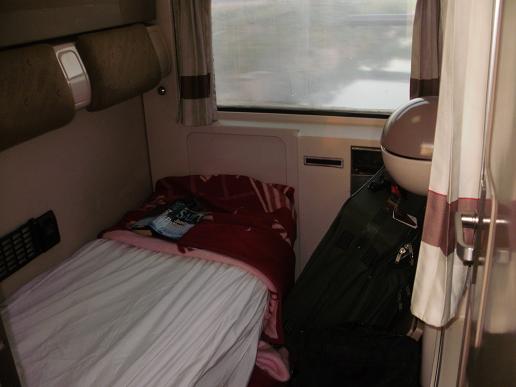 This is my room. Was pretty reasonable for US$50, when you compare to the cost of flying. 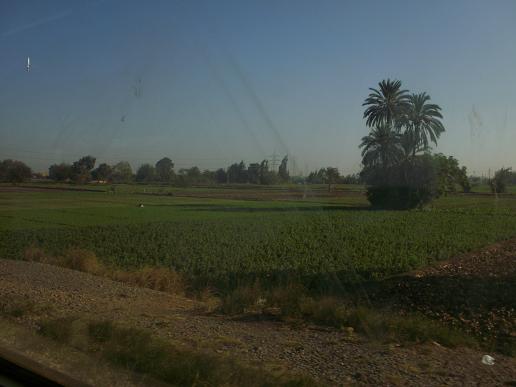 A typical rural scene. The train windows were very dirty. While the train inside was actually very nice, the exterior looked like it was 50 years old and had never been washed. 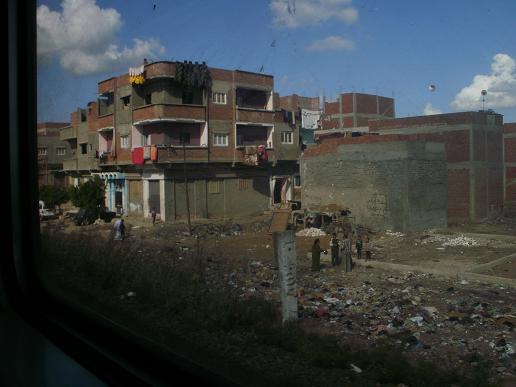 Most areas though are like this. Makes you realise how lucky we are in NZ. 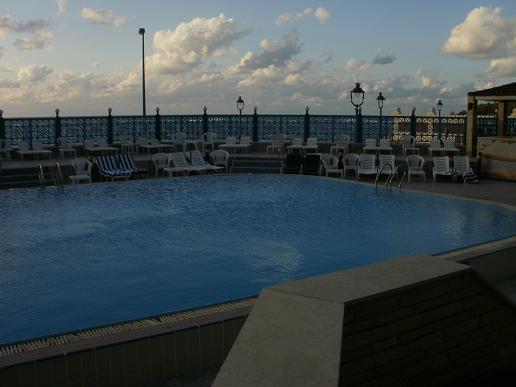 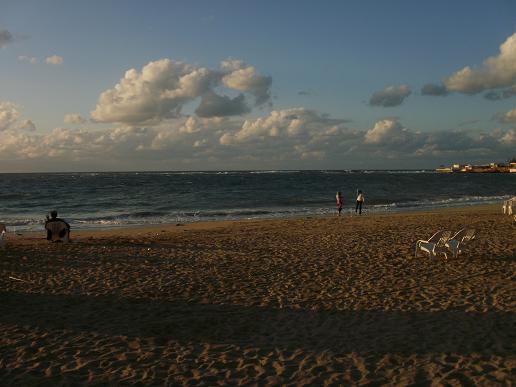 And the actual beach is only one minute away. Alexandria is not so much a tourist city (even though there is stuff to see) but a holiday destination for many in the Middle East.