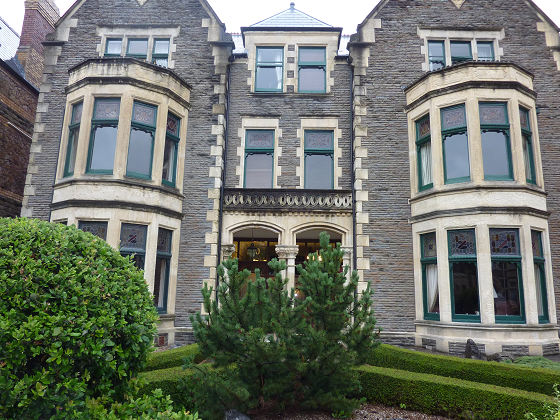 This is the front of the Lincoln Hotel where we are staying in Cardiff. It was ranked No 1 in Trip Advisor, and is great quality and service for rooms as low as 60 pounds a night. Very good location also. 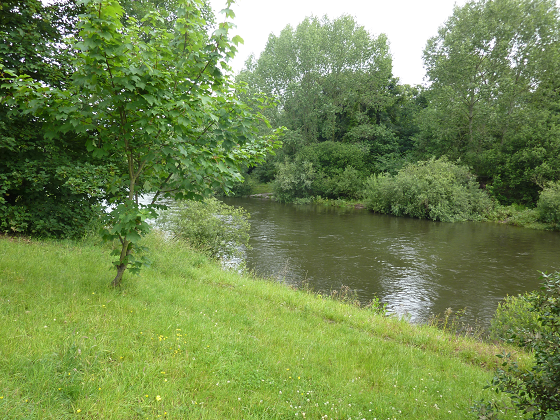 Thee hotel backs onto the Sophia Gardens, which are huge and lovely. They run next to the River Taff. 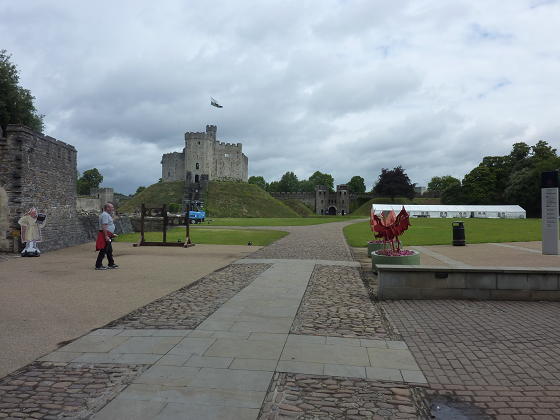 You walk through the gardens to Cardiff Castle. The grounds are pretty large, and it took us 2 hours to get around it. During WWII up to 1,800 people used it as a bomb shelter. 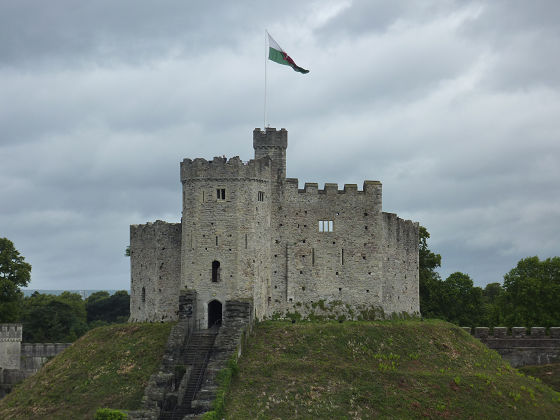 This Norman keep within the castle walls. I would not have wanted to try and take that keep. 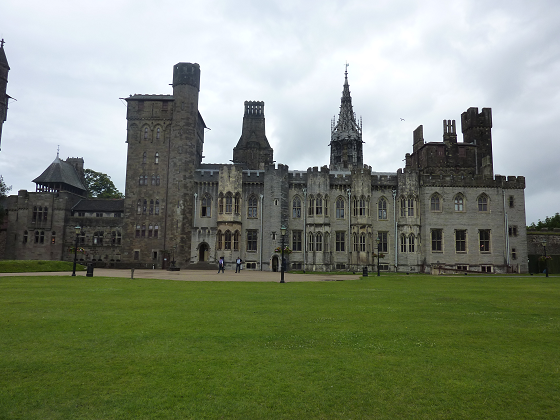 And also within the castle, is this Victorian mansion. 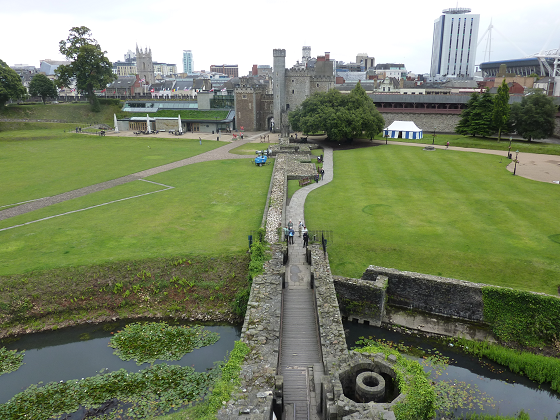 A view of the castle from the top of the keep. 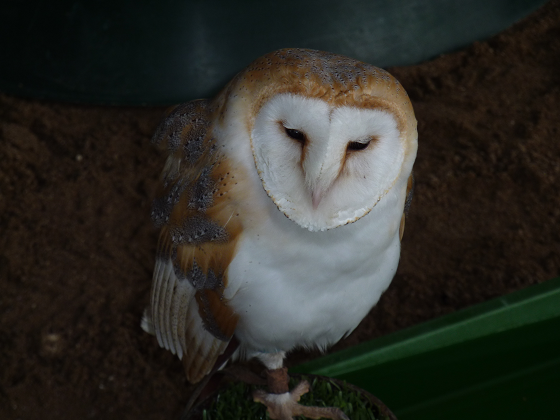 The castle has falcons and owls. Isn’t he cute? 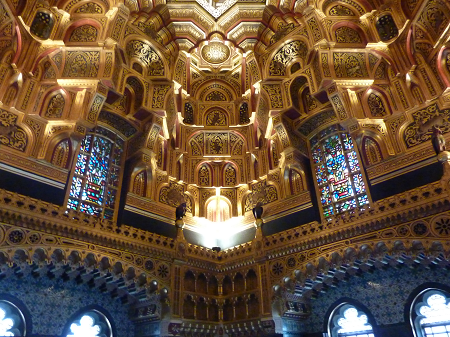 The interior of the mansion. 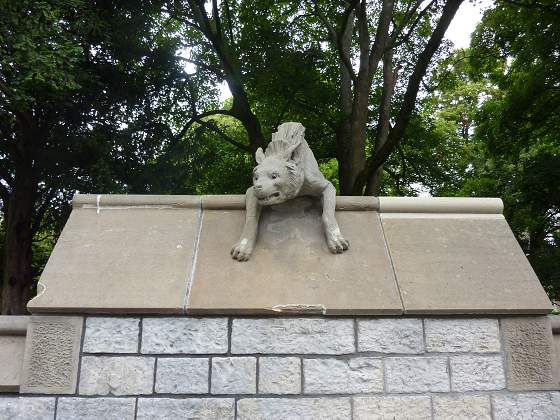 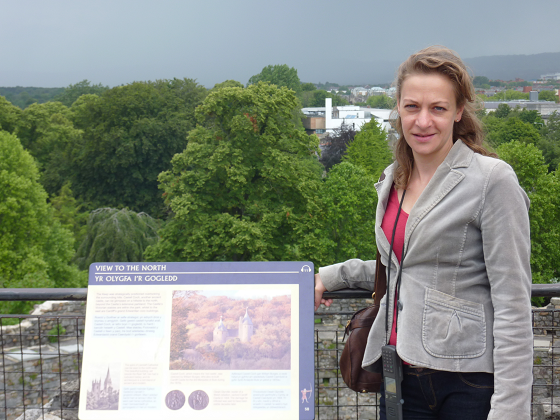 Anna, at the top of the Norman keep. 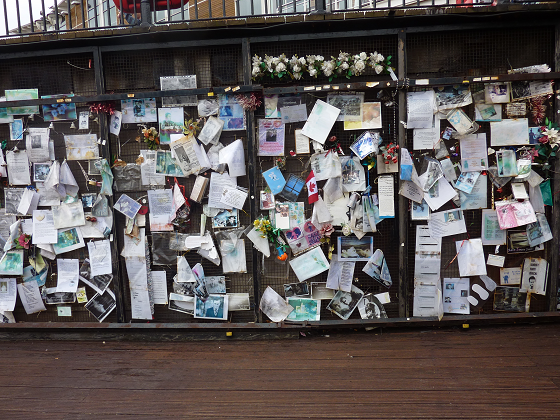 We then took the aquataxi down the river to Mermaid Quay in Cardiff Bay. As we get off the boat, we see this touching memorial. I wonder which local died here? It was Ianto Jones. Yes it is a shrine to a dead Torchwood character. I’m all for fandom, but that is getting creepy. 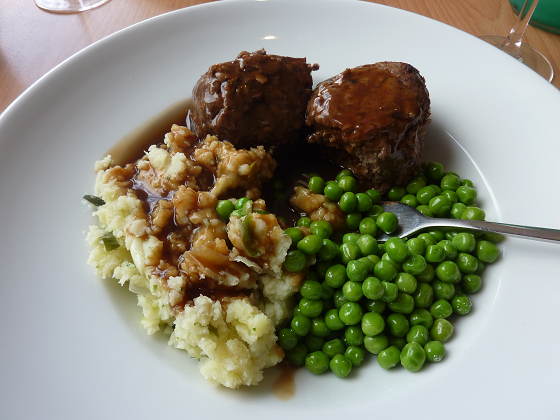 Had lunch at Demiros on the quay. I had two traditional Welsh faggots for lunch. They were in fact very nice. I think I might eat faggots more often in future. We also had pitcher of Blue Hawaii for lunch, as it was on special. Was a very nice lunch. 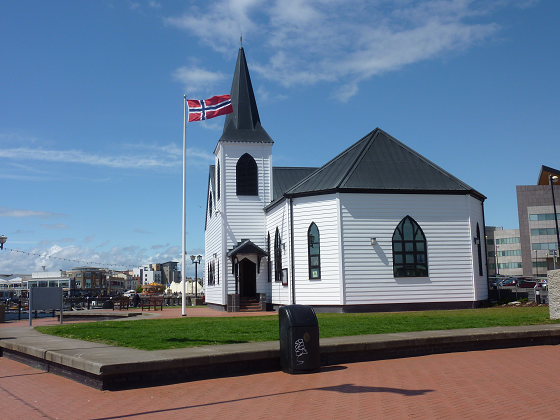 This is the Norwegian Church. It is famous as the place where Road Dahl was baptised. The church was for Norwegian sailors who were in port. 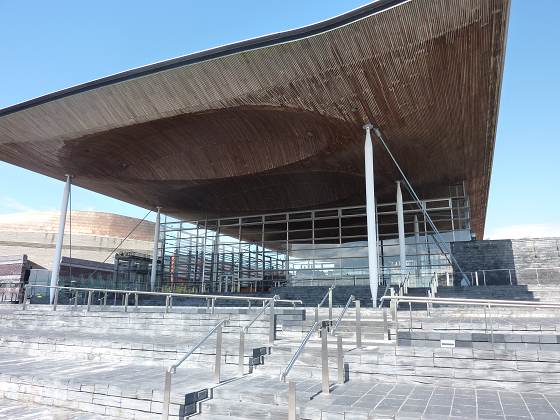 This building is the Welsh Assembly. It is right on the waterfront – a stunning location. I net you the Assembly Members voted on it. The building host basically just the debating chamber. Offices are elsewhere. The debating chamber is circular, as is the visitors gallery above it. There are glass panes so the assembly chamber is cut off from the visitors but they can see you easily. Each visitor seat has a TV screen in which you can watch either the Assembly itself, or the Westminster Parliament or various news channels. So I managed to observe the Welsh Assembly in front of me while also viewing the UK Parliament on the monitor with headphones. 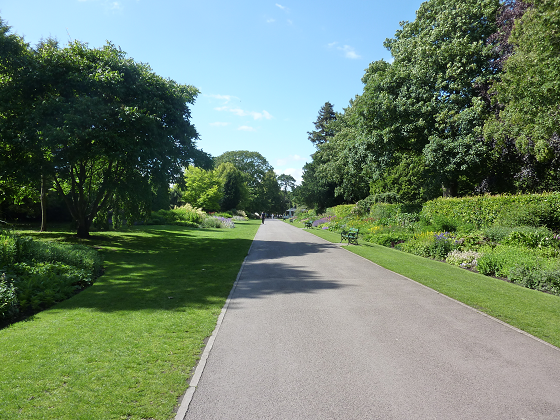 Walking home back through the Sophia Gardens after we got the aqua taxi back to it. 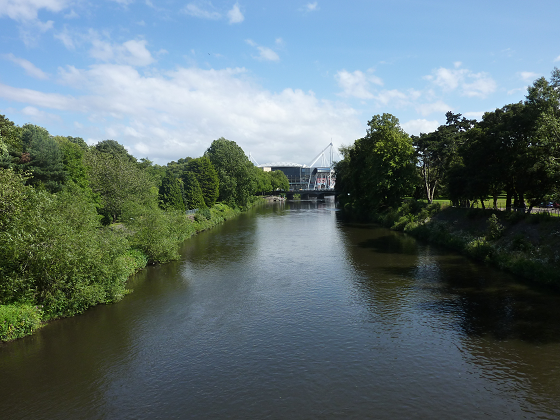 These were taken Tuesday (Wednesday in NZ). Cardiff is much more enjoyable than I thought it might be. My only complaint is the accent – I’ve never had so many conversations where I have not understood a single word they’re saying to me. Am getting very good at nodding and agreeing a lot. I just hope I have not accidentally agreed to take part in any bomb plots or the like.