You can see the lion stalking the warthogs. Fortunately for them, they saw him and got away. The lions like to get very close to their prey – they are fast but lack some stamina. 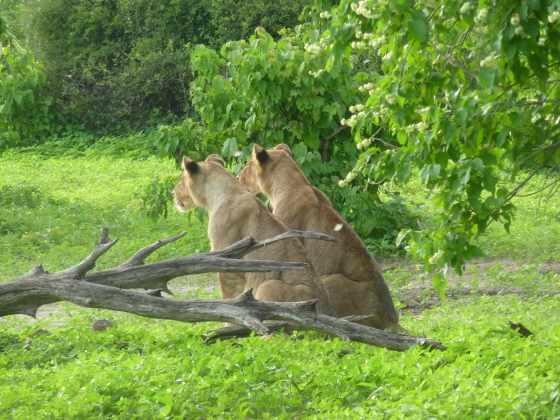 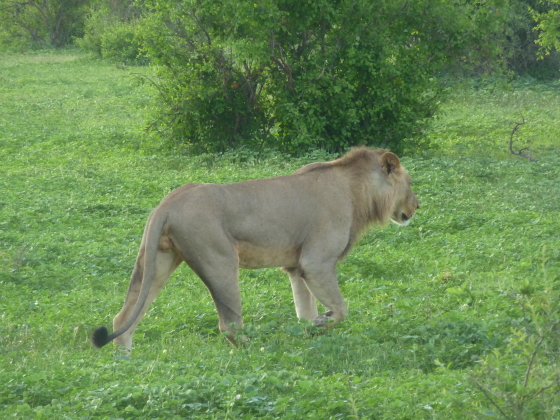 Looking at their physique, you can see why they can take on beasts bigger than them. 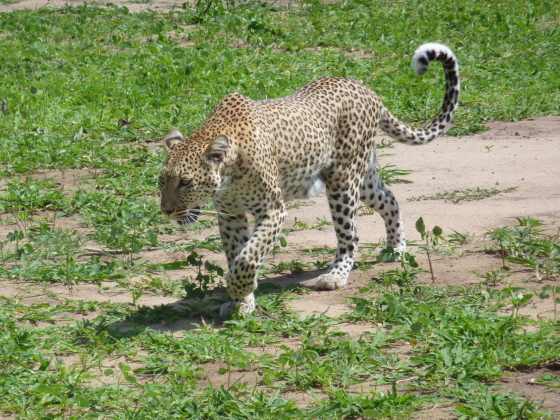 Yay. Finally after six days, captured a leopard on camera. They are very shy of humans. We were literally on the way to the airport, and my guide insisted on a final check of places they had been reported, and bingo. He was hiding in some bushes, but if you circle the bushes once in the vehicle, he knows you have seen him, so then comes out. 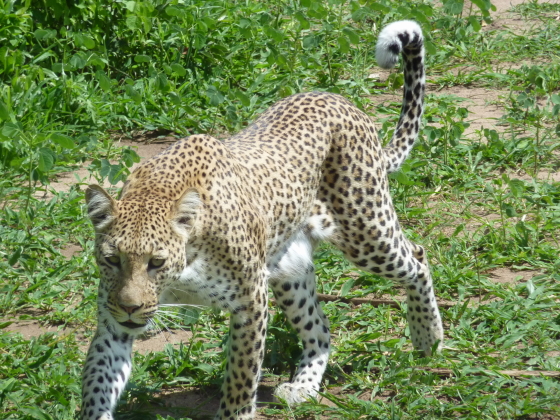 A close up. A beautiful beast.