Went to Makara on Sunday, to do the Makara loop walk. Been doing a largish walk ever Sunday over summer. Despite the fact I had Round the Bays in the morning, still did the walk in the afternoon – and very glad I did.

I haven’t been to Makara for years, so it was a good reason to head over.

The walk starts at the main beach and a fairly easy walk around a couple of bays, before the hill climb starts. 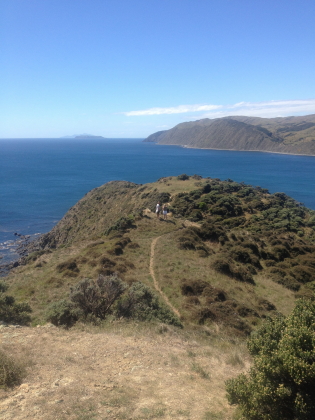 It is a bit of a bitch of a climb as it is more straight up than zigzag. However there is a mixture of semi-flat spells and climbs, so overall quite achievable. And as you can see the views are worth it. 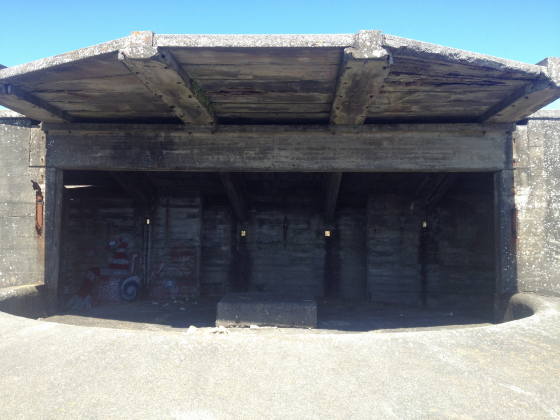 The old gun batteries are now fenced off. This is a pity as I recall several fun teenage overnight parties held in them. The guns were never used and replaced during the war by the larger gun at Wrights Hill.

Just up from the gun batteries are the remains of Fort Opau, with some fascinating photos and histories. Around 60 soldiers lived up there. 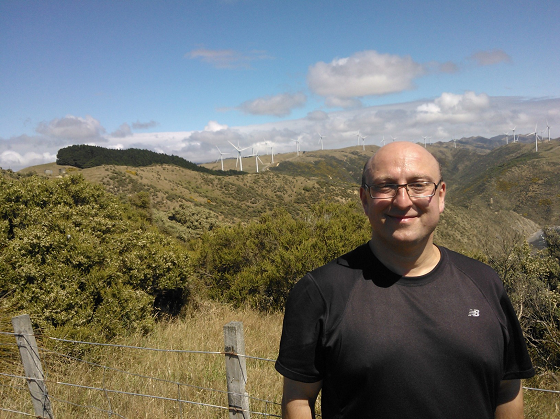 From the gun batteries, you get a great view of the wind turbines to the South. 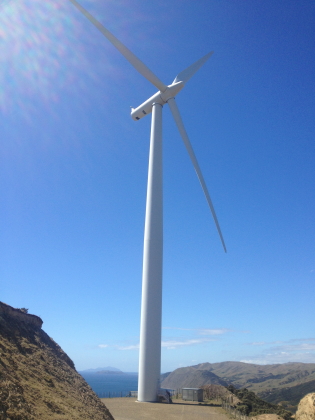 After Fort Opau, you hit the West Wind Recreation Area. The turbines are so much larger than the original Brooklyn one. And much more powerful. The Brooklyn one could power around 80 homes. The 622 West Wind turbines can power 71,000 homes, which happens to be the number of homes in Wellington City.

The historical display boards up there are fascinating. There used to be a settlement of around 20 houses built around the Post Office facilities up there.

Even if you are not into walking, you can drive to the West Wind area. A good place to take kids out to – great views, and some interesting history. 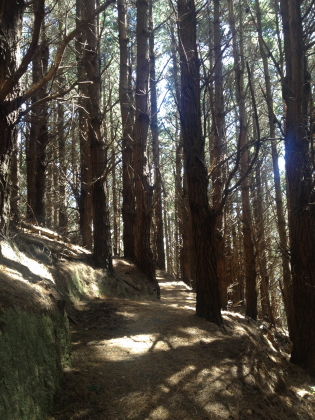 After West Wind, you head down to Opau Bay. The start is through a nice pine forest, but most of it is down a very steep 4WD track. I pitied the fishermen walking up it! 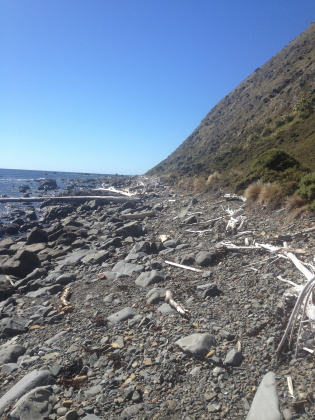 The return journey along the beach took longer than expected. There isn’t really a trail. The beach changes from sand, to small rocks, to larger rocks to huge rocks you have to climb over. Nothing too hard, but slow work in a hot sun. However the solitude and the views are worth it. 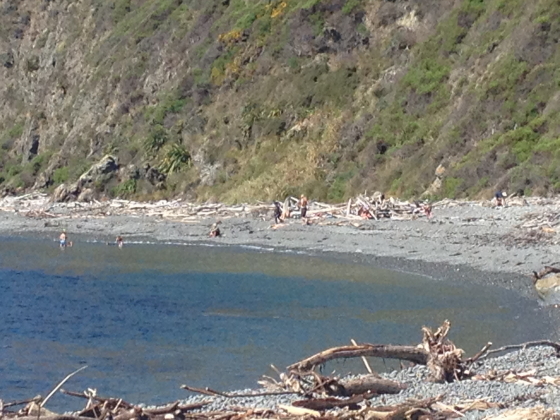 A couple of families had trekked around and were having a great day of it. The water was actually quite warm we were told. I was very tempted to go in myself. 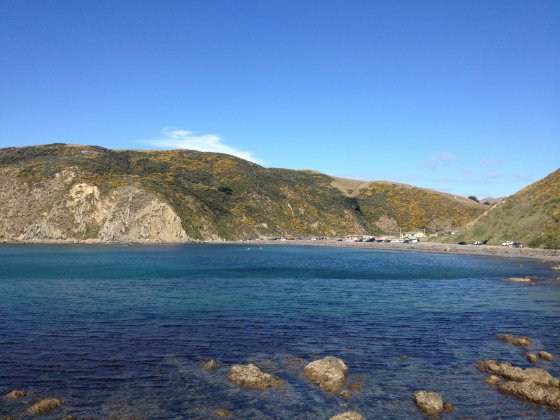 And finally the end in sight. The only disappointment was we got back just after the store closed. The thought of an ice cream at the end had been giving me motivation!

Around three hours to do an 8 km loop. One of the most enjoyable walks I’ve done with the mixture of views and history.