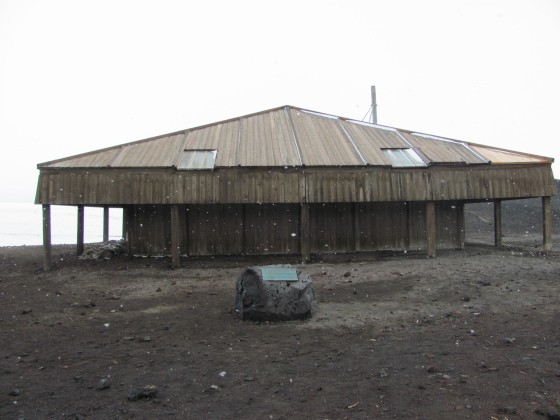 This is Discovery Hut, the second oldest building on the continent. It was built by Robert Scott in 1901 and is on Ross Island, near McMurdo Base.

It was pre-fabricated in Sydney. 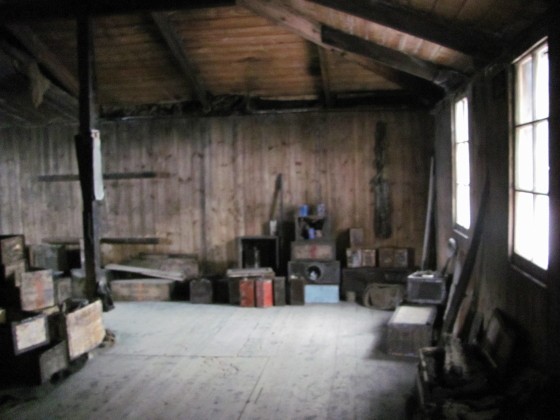 The hut wasn’t very well designed. It was colder in the hut than in a tent, and so it got used more for storage than sleeping. Each subsequent hut learnt from the one before and got progressively better. 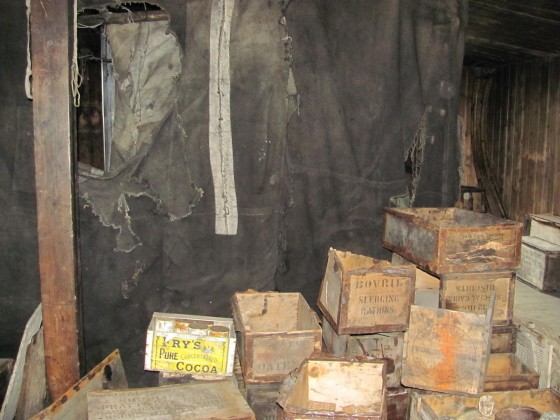 The hut is under the care of the NZ Antarctic Heritage Trust who look after five historic huts. Some of their conservators spend all winter in darkness on the continent working at Scott Base, restoring and preserving the artifacts in the huts. 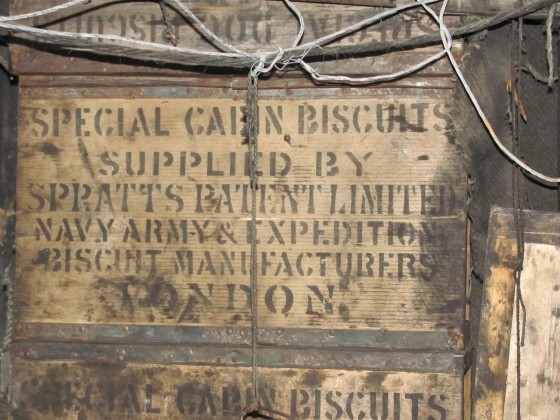 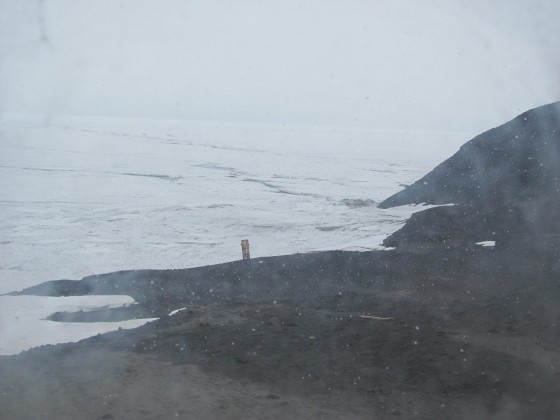 This is the view out one of the windows of Discovery Hut. 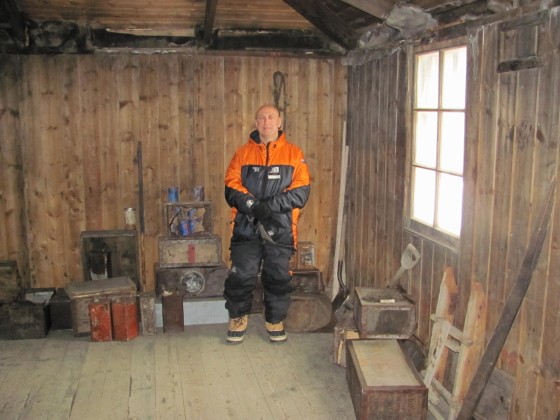 As I said, almost as cold inside as out! 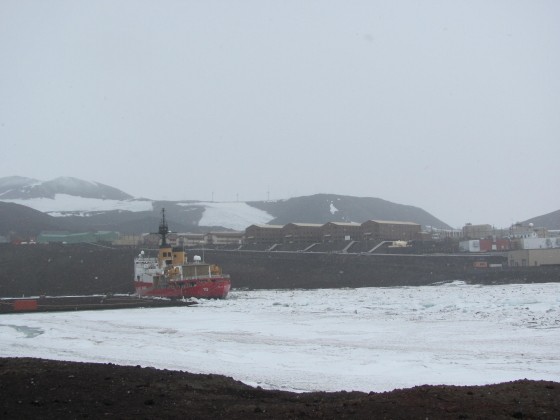 You can see McMurdo from Discovery Hut plus the Polar Star icebreaker in port, having just cleared the way for the supplies and fuel ships to enter later this month. 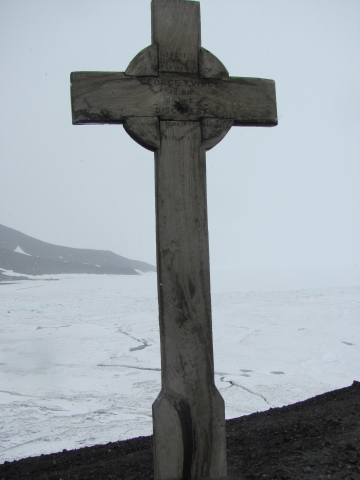 A memorial to George Vince who died in 1904. He may be the first person to have died in Antarctica. However there had been earlier deaths in the seas around Antarctica.