As fascinating as Scott Base is, and the old huts etc, the important stuff in Antarctica is the science. As the Antarctic Treaty basically turns the entire continent over to science, that is not surprising.

The plan was for me to go out into the field with one or two of the sciences teams so I could do first hand reports of what they do scattered around Antarctica. However the weather got in the way of this. This is not uncommon. Antarctica is a dangerous and wild continent, so it is more usual than not to have delays. Scientists may be planning for five weeks in the field, and only end up with three.

So my reporting on the science will be more second hand, than first hand, but I did get to chat to them all first hand. 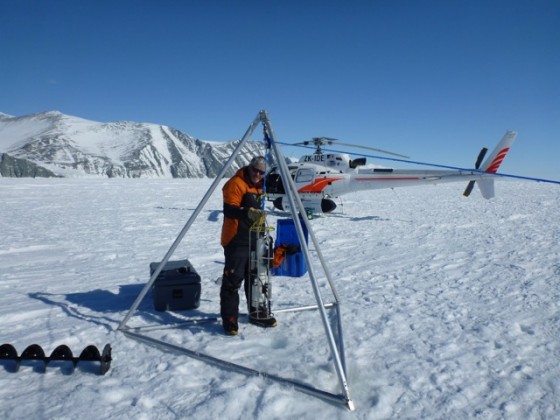 This is Gary Wilson out in the field. If Antarctica had a NZ Chief Scientist, Gary would be it. He has been to Antarctica 25 times and his first visit in 1988 was for his thesis mapping the glacial and lake deposits in the Miers Valley.

His current project is working on being able to more specifically define what temperature increases are critical to effecting change in Antarctica, its ice sheets, oceans, biota and links between Antarctic systems, southern ocean systems and further north.

Antarctica is of critical interest to scientists in terms of the climate for two reasons. The first is that it is a frozen time machine into the past. If you want to know what the world was like three million years ago, you drill down a few hundred metres and can establish what the temperature was, was the land under water, what was the level of certain gases in the atmosphere etc.

The second reason is that the extent of sea level rise due to rising temperatures will be massively affected by what is happening in Antarctica, especially the West Antarctic Ice Sheet.

Now regardless of your views on the causes of climate change, and how to respond to it, you should be very supportive of bettering our understanding of what is happening in Antarctica. If sea level rises are far less than projected then hundreds of billions of dollars may be spent inappropriately, but likewise is the sea level rises match or exceed what is projected, then the economic costs are huge, and more money needs to be spent on mitigation and adaptation.

So regardless of your views on the policy issues, the need for better scientific understanding is paramount. 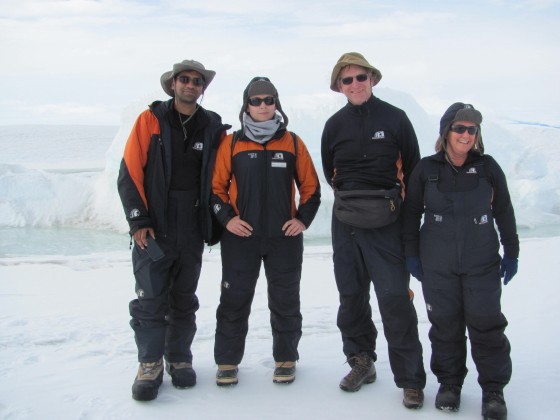 This is the AUT Antarctica drones teams. I was lucky enough to share field training with them, so got to hear lots about their project.

They’re going to three different sites (Taylor Valley, Botany Bay and Cape Evans) in the Antarctic (all specially protected areas) to fly drones to photograph the areas using both normal and infrared photography. And in case you think it sounds a fun jaunt, they’ll be camping out for two weeks in sub-zero temperatures not just having to operate their equipment, but also maintaining their camp. And as the areas they are in are protected, they need to have a minimal impact on the area. 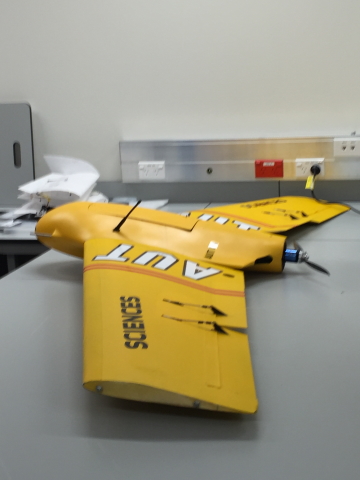 This is one of their drones. They’re not like the ones you can buy as toys, but have serious grunt so they can go up and photograph several square kms at a time.

The main purpose of the research is establish the past and cumulative effects of human impacts on these vulnerable ecosystems so that they can be better safeguarded in future. They’re also working on a crowd sourcing tool where staff and scientists in Antarctica can easily report areas they has seen of environmental concern. 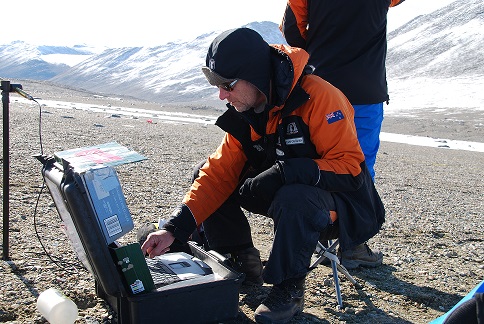 This is a photo of some of them out last year in Antarctica.

The full list of the science projects in 2015/16 in Antarctica, supported by Antarctica NZ, is here.

While scientists obviously choose to come to Antarctica, it is worth remembering most of them spend relatively little time at Scott Base. They mainly are camped out around Antarctica in tents, cooking their own meals, running their experiments, and their only contact with the outside world is a radio which can communicate with Scott Base and McMurdo. It is I am sure an amazing experience, but not an easy one.

As I said, the plan was to be able to report first hand on some of the science, but the weather got in the way.