Really nice today. Argentina is hot but not muggy like Australia or Asia (“It’s a dry heat”) so we set forth across Buenos Aries to see as much as we could including Eva (Evita) Peron’s grave.

Below: Typical street in Buenos Aries (immediately outside our hotel). The chairs and tables disappear completely after closing and you’d never know they’d been there. I also like their pavements; we should do this in Christchurch and salvage/recycle some of the broken limestone and brick of the damaged city into our sidewalks. 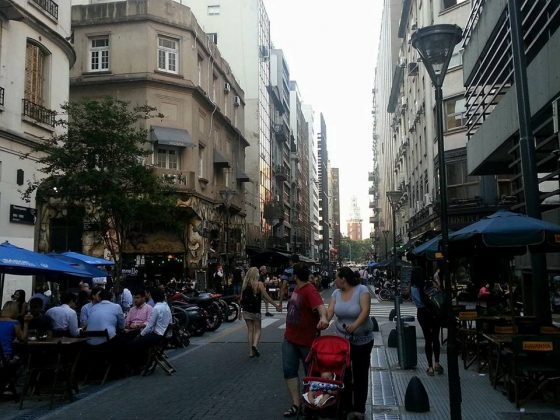 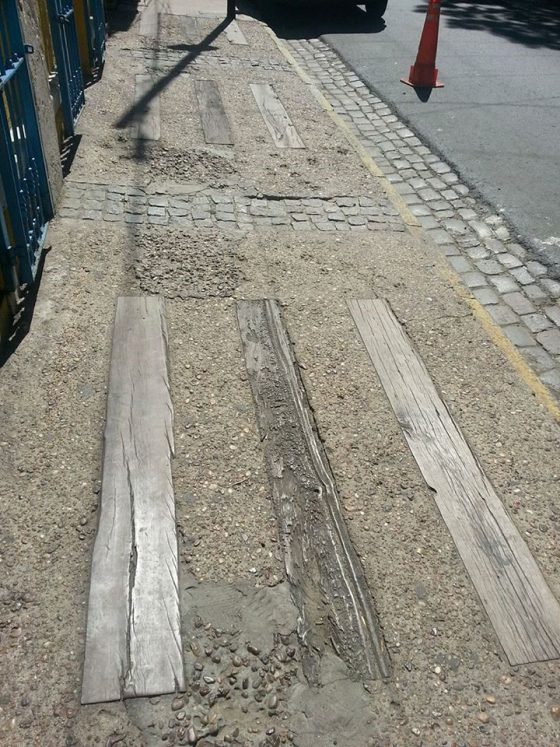 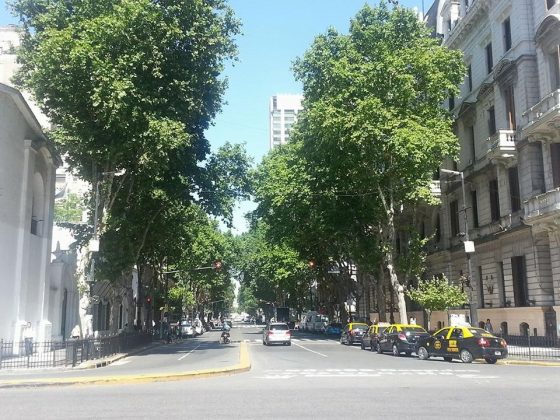 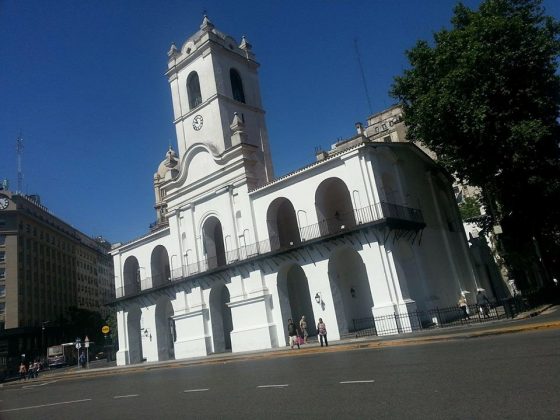 Buenos Aries was founded in the 1500s; but at the turn of the nineteenth century the local aristocracy really loved Europe and after Independence in the 1860s wanted to make their capital like Paris; so they demolished many of the Spanish Colonial buildings as “part of the past” such as this historic one above on famous May Square – one of the few left standing  (which housed the Police and Army and Government) – and rebuilt European architectural buildings in French and Italian style (as seen ringing Central Park in New York) with cupolas and lots of limestone sculptural elements (very attractive). 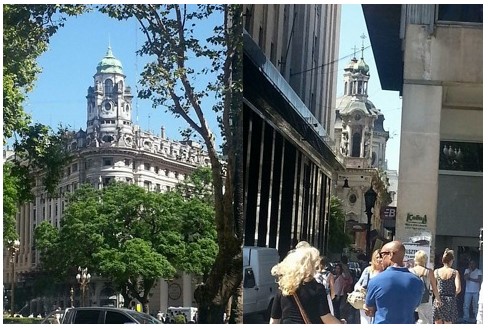 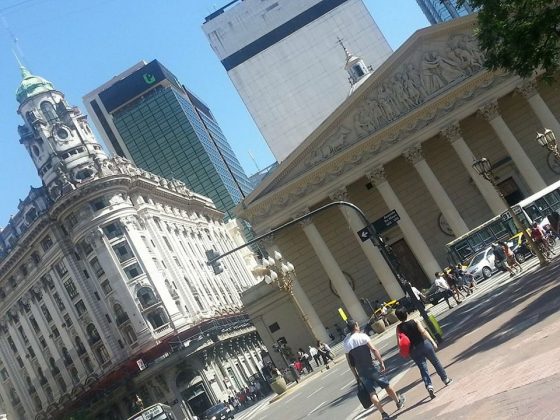 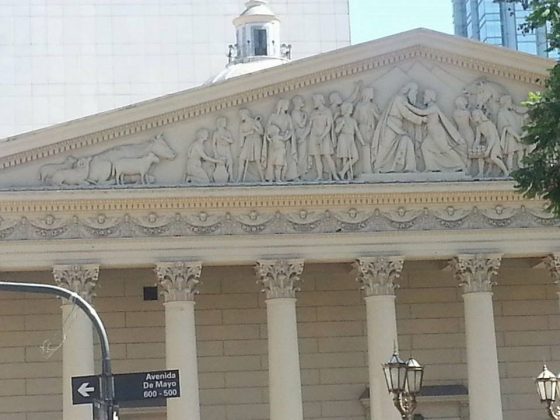 You can view this odd fusion in the building immediately above with the Corinthian columns and Athenian Classical pediment. This is actually a Roman Catholic Basilica but looks nothing like a church – it is simply an aping of Greek architecture transferred via European neo-classicism (like the White House and American monumental architecture is neo-classical; originally the Greek temples and columns were gaudy and brightly-painted. This is ironic as the traditionally poor Argentinian indigenous architecture is also gaudy (lots of reds and yellows and pinks etc) more like the original Classical buildings of 450BC. But the paint bleached white over the eons and was mimicked by Western culture during the Renaissance and Classical Revival periods in Europe and later America as an aesthetic of respectability and power and culture including the broken arms of sculptural pieces as on the Venus De Milo. 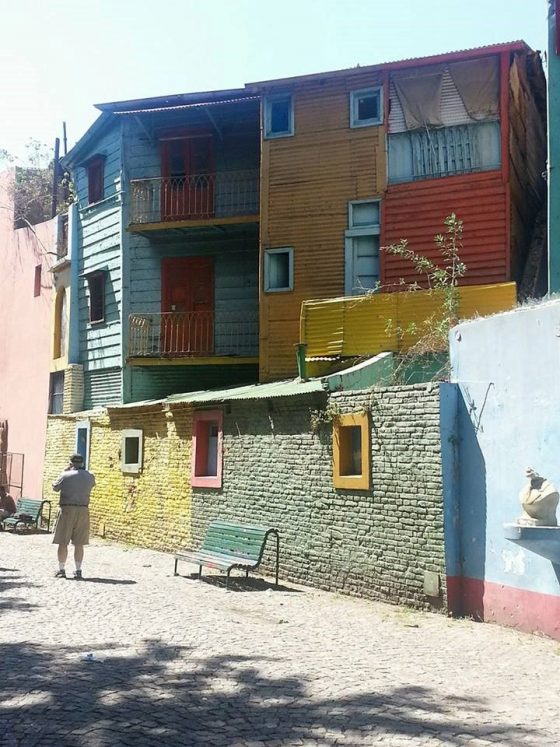 Above: typical poor Argentinian indigenous architecture of the Porta area made of materials from the port which explains the different colours (whatever they could get hold of). The images of power are relative. This gaudiness was power in ancient Greece and Persia; the bleached white ruins and broken sculptures of that lost era became their own aesthetic and imagery of power today as seen on any bank or governmental building in the West. But it’s a myth.

Below is the famous Buenos Aries opera house one of the great opera houses of the world. It drips external ornamental sculpture in the round. 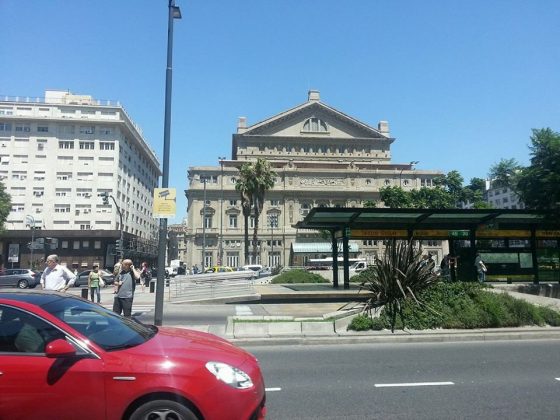 And below is the only building on the historic “9 de Julio Ave” (9th July Avenue) their Independence Day that transects Buenos Aries.  The Avenue was built like the Champs Elysees to ape Paris and this building is the only address on the Avenue because it is flanked by several streets so there are literally no buildings or addresses on this historic central boulevard itself (once touted as the widest avenue in the world). This building is our equivalent of the Ministry of Social Welfare or Winz so I note the fencing outside to perhaps prevent shootings (such as we had at the Winz office in Ashburton)? Ministerios De Salud Desarroli Social. 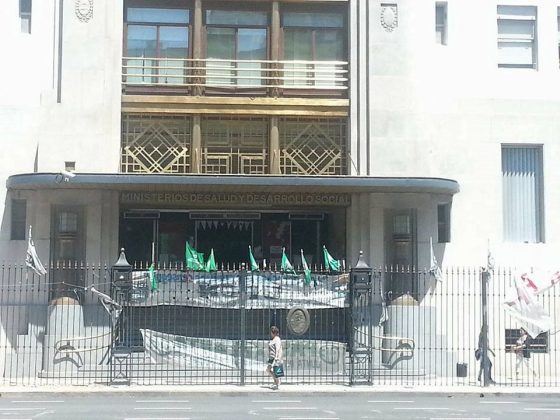 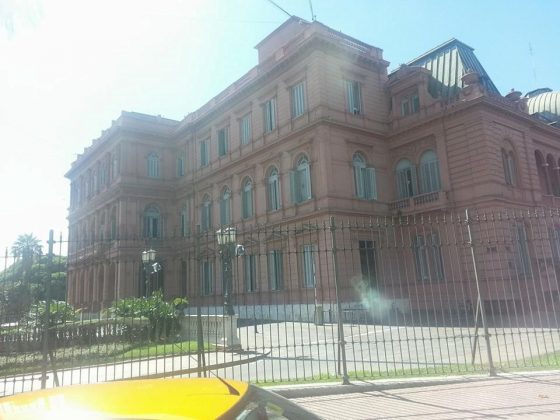 When it was first built the Argentinians wanted to make it waterproof and protect it from the ravages of the BA climate.  So the stone was white-washed with a mixture of white paint, limestone and cow’s blood which is what gives it its pinkish hue (a common practice in the late nineteenth century when these buildings were made). Argentina is a huge exporter of beef so there was lots of blood about. Later the colour was retained as paint and it has remained “the Pink House” as in “the White House” in Washington DC ever since.

More of those ‘Spanish Inquistional’ bollards. 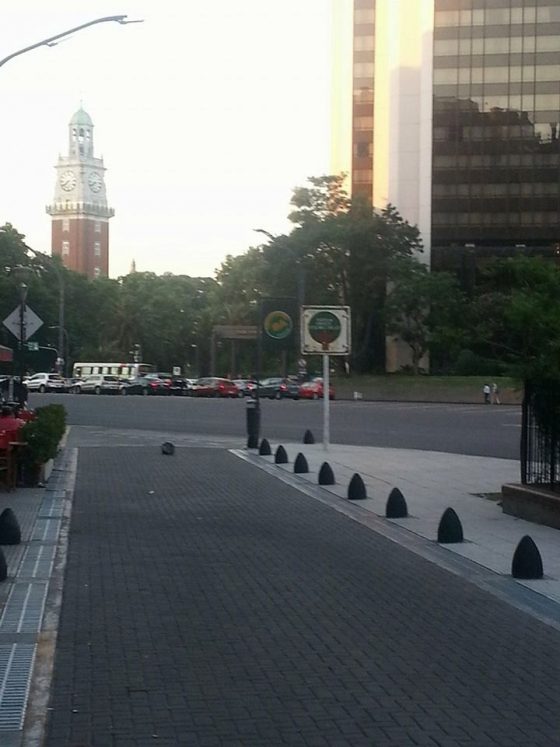 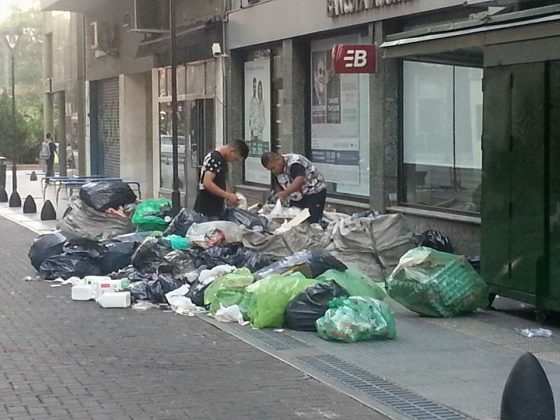 The poor of Argentina (or are they contractors?) can be seen processing rubbish like this into recyclable constituent parts. We observed these men ripping the paper from spiral binders and other office rubbish that I guess they collate and get paid for. This was something we saw in South Korea too except mainly older people did that. Our NZ system of wheelie bins and homeowners doing this suits the more egalitarian cultural myths of New Zealand (ie we would never tolerate a “class” of people doing that for us).