The Newshub poll is at Curia. Some differences from One News but not for Labour.

Newshub have also put up an archive of their last five years of polling. The data on whether people think Andrew Little is doing a good or poor job is telling. 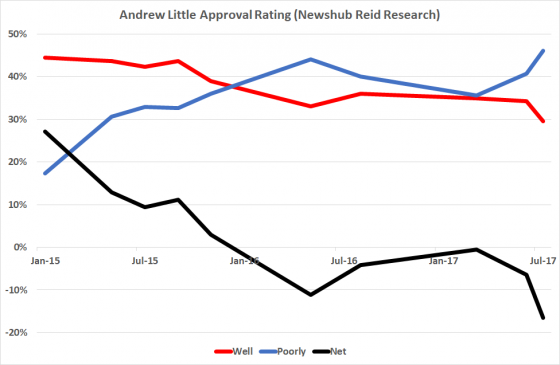 What this shows is that Little did do well for the first six to nine months. But his disapprovals just kept rising and rising and his approvals also declined. So the net approval line plummeted from +28% to -15%.