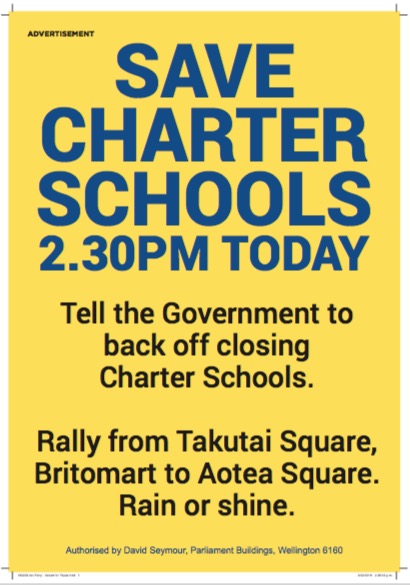 This is on today (Sunday). The Government has announced that basically all charter schools will close. It’s one thing not to create any more charter schools, but they are abandoning the over 1,000 kids who have chosen to go to a charter school, and are thriving there.

These kids were often failing in other schools. The charter schools they are going to were helping prepare them for a future of work, not welfare. 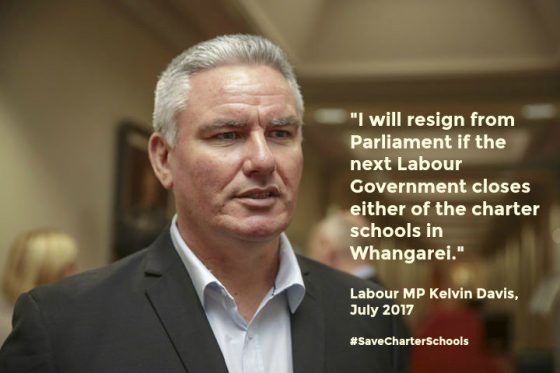 Labour MPs practised double speak. Maori electorate MPs assured their electorates their schools would not close. Time to hold them to account.

The Herald on Sunday editorial notes:

Charter schools do not seem to be a problem. We have not heard or read complaints from parents whose children attend them, or from those who inspect them, teach in them or have anything to do with them. They were not an issue in an election campaign. So why has Education Minister Chris Hipkins moved so quickly to abolish them?

He calls them “ideological” but his stated reason sounds more ideological. “The Government’s strong view is that there is no place for them in the New Zealand education system,” he said.

Why? They do not interfere with state schools, they get public money that would have to be spent to educate the pupils anyway. They provide the national curriculum but do in slightly different ways that, they say, help some children who were not succeeding in conventional schools.

The problem for Labour is they are not unionised. They are putting making unions happy ahead of struggling families and pupils.

Also worth quoting what Willie Jackson said a while ago:

True, there has been the odd failing and in some cases questionable purchases. But when you look at the success this alternative style education model has had for Maori, then it gets an A every day.

I truly believe in the partnership school model.  I believe in it so much we have one at Nga Whare Waatea. The  kura comes under the Manukau Urban Maori Authority of which I am chief executive.

Our staff tell us they have seen the change in our tamariki, especially those who have been failed by mainstream schooling. They have not failed the system, but the system has failed them.

That’s why I have to put these questions to Hipkins: Why would you want to carry on funding a model which continues to marginalise those tamariki – admittedly mostly Maori – who don’t fit in? Why would you not want an alternative that can support and help our children fulfil their own dreams and aspirations?

Labour’sactions show how much they really care about helping families in need.