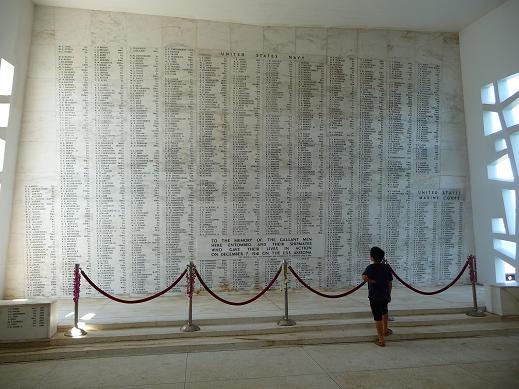 Went to Pearl Harbour and over to the memorial on top of the wreck of the USS Arizona sunk on 7 December 1941. Around 1,200 died on board – almost all of their bodies still in the waters below.

The additional names on the ledge at the bottom left are those former shipmates on the Arizona who survived the attack, but have chosen to be interned with their fallen colleagues. Around 25 of them have done so, as recently as in 2008. I found that quite poignant. 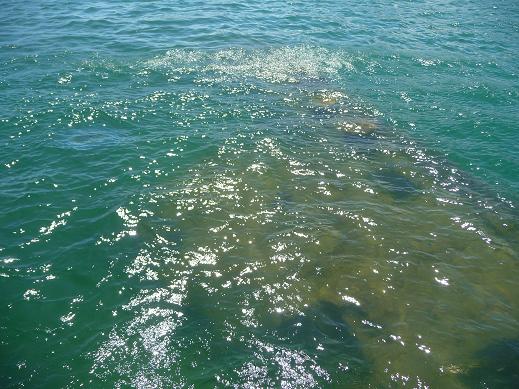 The Arizona just under the water, 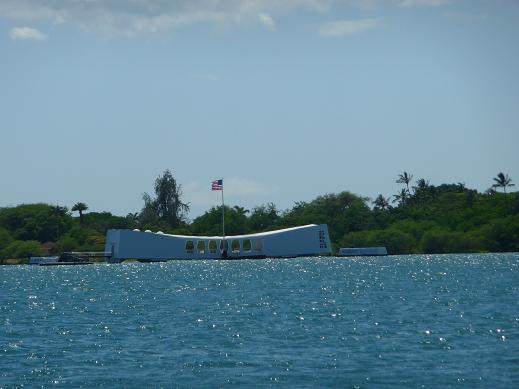 And the memorial from out at sea 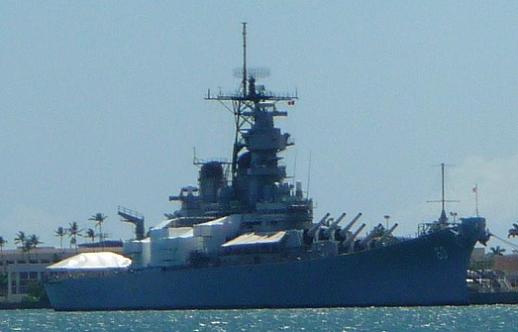 The USS Missouri – the Japanese surrender marking the end of WWII was signed on board, with the legendary General MacArthur signing for the Allies. 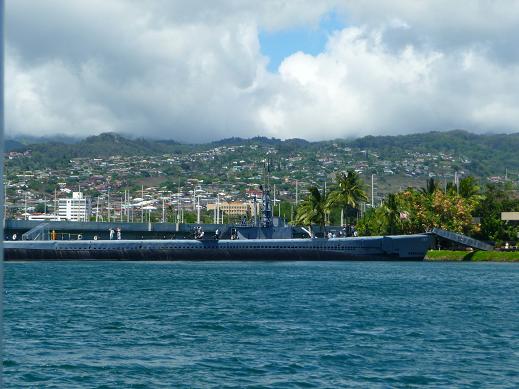 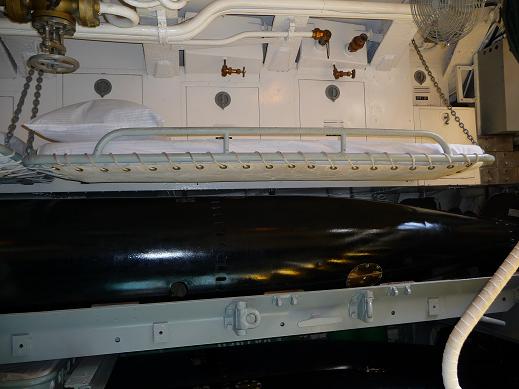 On board the submarine USS Bowfin. Could you imagine having to sleep on top of a torpedo! 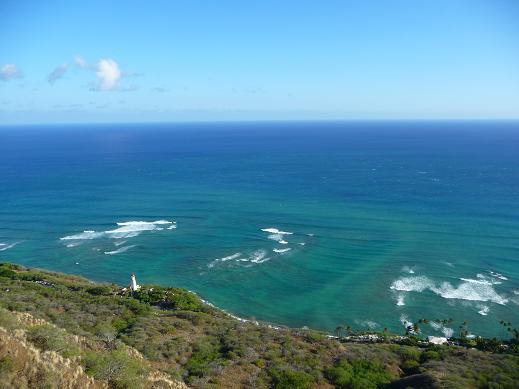 The view from the Diamond Head Crater near Waikiki. Another highly recommended even though a hot steep walk up. 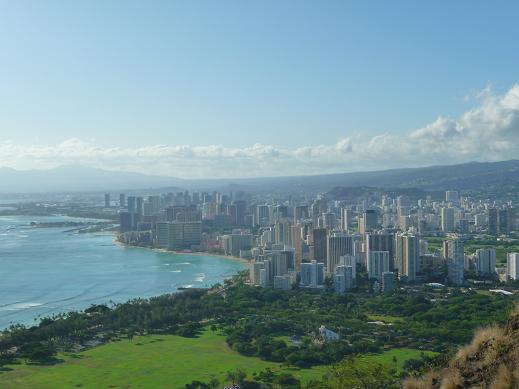 And in the other direction Honolulu from the Crater. 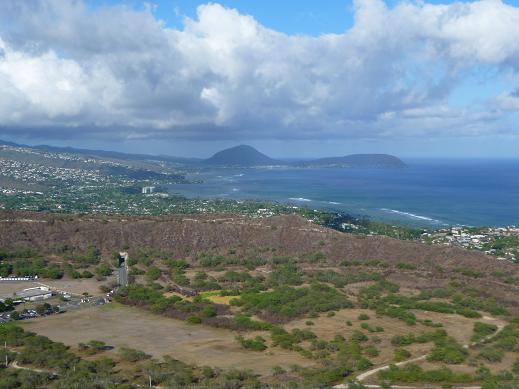 The crater itself from the lookout.

After that it was a quick meal in China Town (where a $6 soup was so large it could have fed a dozen people!) and then out to the airport. Once again upgrades came through so an easy flight back.

However very distressed when the reading lights failed and they were unable to get them working the entire flight. I was halfway through a great book and had to sit sulking in the dark for nine hours unable to finish it.

Am now trying to get used to 12 degrees instead of 32 degree days. Will take some time to reacclimatise!