I saw the finished Supreme Court building for the first time today. I’d been out of Wellington for a couple of weeks, and since being back hadn’t had occasion to going past it.

Now I had heard some pretty uncomplimentary things about it, so I wasn’t expecting to be impressed. I thought it would be maybe like Te Papa – bland and uninspiring. 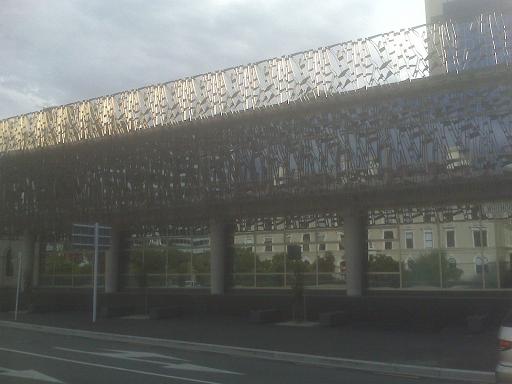 But it is far worse than that. It is truly hideous. I don’t think I have seen a building before with no redeeming features. The exterior up top looks like barbed wire from a distance. The windows are dull. The pillars add nothing, and it is again just hideous.

In case I have not made myself clear, I do not think you could design a more hideous building if you actually tried to. If there was some global competition for hideous buildings, then the Supreme Court building would be a finalist beyond doubt.

The monstrosity surrounding the building is meant to be “a bronze screen depicting the strength, durability and stature of the pohutukawa and rata tree”. Only if you have taken P recently.

It is such a pity. I visited the Israeli Supreme Court and they have a magnificent building.

So I wondered what moron approved the design of this hideous beast, let alone $80 million of our money on constructing it. 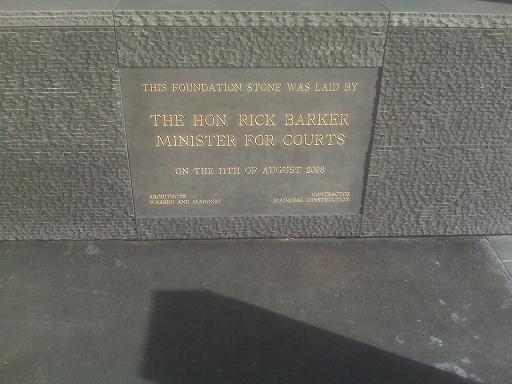 What did Rick say at the time about the design:

“This is a building of great significance to New Zealand as it will serve our country for at least 100 years. The design incorporates the old and the new. Once constructed the Supreme Court will be an architectural legacy,” Rick Barker said.

I hope it doesn’t last 100 years. If we are lucky an earthquake will strike Wellington and destroy it. And the only architectural legacy it will leave behind is to teach design students what not to do in the future.

UPDATE: Oh my God. Rick Barker put out a press release this week boasting about how great the building is:

The new Supreme Court sitting alongside the refurbished Old High Court is a fine blend of the old and new, the Yin and Yang, says Labour Courts spokesperson Rick Barker.

“Each is an outstanding piece of architecture reflecting the different times in which they were designed and built. The architects have delivered a great refurbishment and a new building that will stand the test of time.”

The man’s mad. How can anyone look at that building and call it an outstanding piece of architecture.

Commenting on today’s opening of the new Supreme Court building by Prince William, Rick Barker said the original drafts he received when Minister for Courts were for a plain building.

Which would have been fine.

“But I wanted to see a new Supreme Court that personified the special place which our Supreme Court is and should be. I was prompted in this by travels in the United States where each town and city had two special buildings, City Hall and the local court house. They represented a clear statement of the value that the community placed on civic responsibility and the administration of justice.

“My brief was for a building that would stand the test of time as we are unlikely to build another in the next 100 years. It should be a reflection of the architecture expected at the beginning of the 21st century,” Rick Barker said.

“It was to be a special place and a statement of the value our community placed on the administration of justice, with a courtroom that befitted the highest court in the country. I wanted a building of which a future generation would say — they did a fine job.

Future generations will wonder if the building was some sort of expensive practical joke. None of them will say they did a fine job.