On Thursday night we went to a performance of Mozart’s Requiem. This music can be amazing in the worst of conditions, and to hear it in the Karlskirche, performed with instruments from Mozart’s period was simply amazing. The highlight so far. 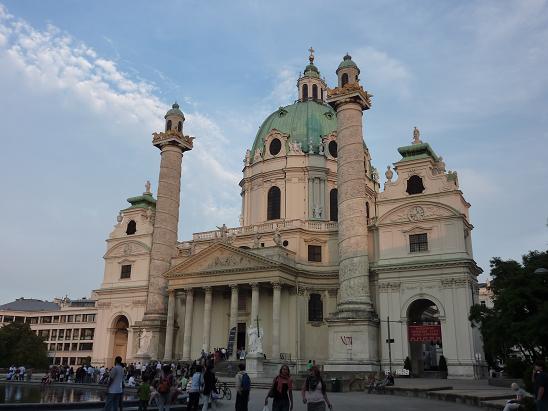 Normally it annoys me when people are in the foreground of a photo, but here it gives you some idea how large those two columns are – they are based on the famous Trajan’s column. 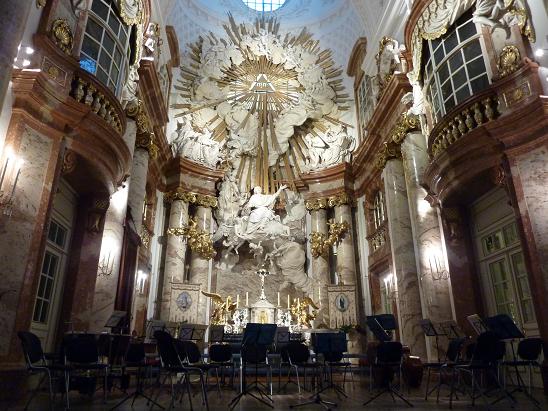 The interior photos are a bit dark as flashes were not allowed. But hopefully this gives some idea of the environment for the Requiem.

Even better, we somehow managed to get seated in the second to front row, so were barely three metres from the orchestra. 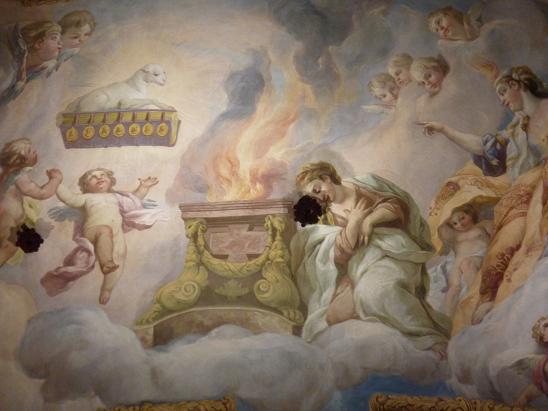 A shot of part of the ceiling. 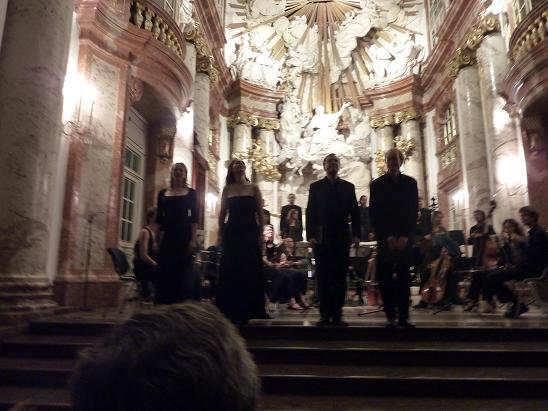 The four soloists at the end of the performance. I don’t attend a huge amount of classical, but their performance was world class. It probably helps that they specialise in the Requiem. 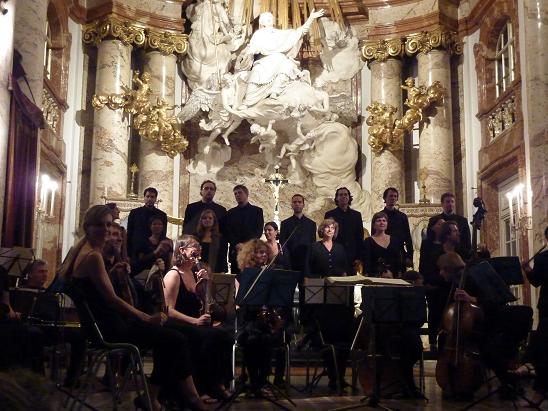 The blond woman at the front, looking at the audience, was the lead violinist and along with the singers also gave a masterful performance.  I lost count of how many ovations they got.