Two this week, one making fun of each side of the political spectrum.

The first one questions the sanity of those in the GOP who want to shutdown the US federal government again. 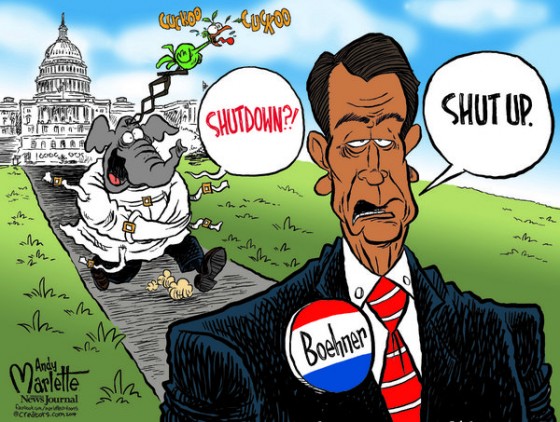 The second is about the huge increase in public debt since 2008 featuring an oblivious Barack Obama. 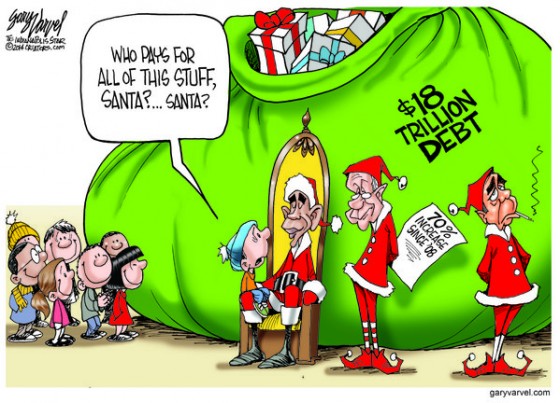