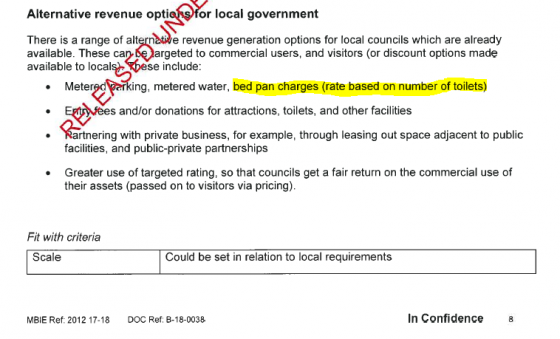 This MBIE briefing on tourism explicitly raises the idea of a toilet tax with ratepayers paying a tax based on the number of toilets they have.

So even our shit is going to be taxed!